The true origin of tai chi is not known. However, documents from the 17th century indicate that the Chen clan settled in Chenjiagou (Chen Village), in Henan province in the 13th century, and that Chen Wangting (1580–1660) was the founder and creator of Chen style tai chi chuan after he retired there following the fall of the Ming Dynasty. How the Chen family began to practise their unique martial style is not clear, but what is known, is that the other four traditional tai chi styles; Yang, Sun, Wu and Woo all trace their teachings back to the Chen village in the early 1800s. Whether Chen Wangting did in fact create the earliest form of tai chi or not is uncertain. Traditional folklore and many lineages state the semi-mythical figure of Zhang Sanfeng, a Taoist monk, who lived somewhere between the late Song Dynasty, Yuan Dynasty or Ming Dynasty, was the creator of the art of tai chi. It is said that Wang Jongyue, a famous discipile of Zhang Sangfen, taught the Chen family the art.

According to the family history of the Chen village, the martial arts tradition within the Village was started by a skilled martial artist called Chen Bu. Chen Bu, considered to be the founder of the village, moved from Shanxi where the Chen family originally lived, to Wen County, Henan Province in 1374. The new area was originally known as Chang Yang Cun or Sunshine village. The village grew to include a large number of Chen descendants. The village came to be known as Chen Jia Gou or Chen Family creek or brook, because of the three deep ravines (Gou) alongside the village. The Chen Village soon became known for its martial arts which continued for many generations right up until the present day. 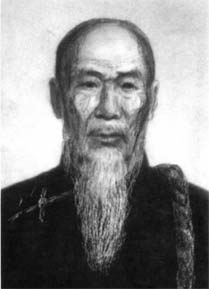 The 14th generation Chen Village martial artist, Chen Changxing (Chén Chángxīng, Ch’en Chang-hsing, 1771–1853), combined Chen Wangting’s open fist training routine, into two routines that came to be known as ‘Old Frame’ (lao jia). These two routines are named individually as the First Form (Yilu) and the Second Form (Erlu; more commonly known as the Cannon Fist). Contrary to Chen family tradition, Chen Changxing took the first recorded non-family member as a disciple, Yang Luchan (1799–1872). Yang Luchan went on to spread the art throughout China. He did this however, under his own family name, to form what is now known as Yang-style tai chi chuan.

Another 14th Chen generation martial artist named Chen Youben (1780-1858), is credited with starting another Chen training tradition. Also based on two routines, this system is known as ‘Small Frame’ (xiao jia). The Small Frame system of training lead to the formation of two other styles of Tai chi chuan that contain Chen family influences, Zhaobao jia and Hulei jia (Thunder style). These are not considered a part of the Chen family lineage however.

Yang Luchan (1799–1872) and his family formed a reputation with Yang-style tai chi chuan throughout the Qing empire during the second half of the 19th century. Very few people were aware that Yang Luchan first learned his martial arts in the Chen Village from Chen Changxing. Even fewer people visited the Chen village to improve their understanding of Tai Chi Chuan. Only Wu Yu-hsiang (1812–1880), a student of Yang Luchan and eventual founder of Wu style tai chi chuan, was known to have briefly studied the Chen Family small frame system under Chen Qingping (1795 – 1868), a 15th generation descendant and 7th generation master of the Chen family style. Chen Qingping was considered to be an influential martial artist and teacher of Chen style tai chi chuan. When Chen Fake went to Beijing in 1928 following his nephew Chen Zhaopei, he made Chen style tai chi chuan a known and distinct commodity, and opened the Zhongzhou Institute where he taught.

For nearly thirty years, Chen Fake diligently taught the art of Chen style tai chi chuan to a select group of students. Consequently, a strong Beijing Chen style tradition formed around his ‘New Frame’ style which was a variant of the Chen Village ‘Old Frame’ style.  After his death in 1958, Chen Fake’s legacy was spread throughout China by the efforts of his most senior students.

China saw a decline in Chen style tai chi chuan during the Cultural Revolution (1966–1976). The Chinese government’s policy during this time was to suppress all traditional teachings. This included martial arts practice. Training facilities were closed down and practitioners were prosecuted. Many tai chi teachers, including Chen masters were denounced in public. Chen Zhaopei was apparently pushed to the point of attempting suicide, and Hong Junsheng was left malnourished. However, Chen style tai chi chuan training was continued in secret to ensure the continuation of the tradition. This was to the great credit of the Chen style tai chi chuan practitioners at that time, as this came with great personal risk. Chen Xiaowang began his study of Chen style tai chi chuan at the age of seven under the guidance of his father, Chen Zhaoxu. He later studied with his uncles Chen Zhaopi and Chen Zhaokui. He was recognized as one of four outstanding exponents of the 19th generation in Chenjiagou. Chen Xiaowang was chairperson of the Henan Province Chen Push Hands Tai Chi Chuan Association. deputy head of the Wushu Academy of Henan Province, and technical advisor and official assessor for the standardized competition routines for the Chen, Yang, Wu, and Sun styles of tai chi chuan.

Chen Xiaowang became the Chinese National Wushu Tournament Tai Chi Chuan gold medalist for three consecutive years from 1980. In 1985, he was crowned The Tai Chi Chuan Champion at the First International Wushu Competition in Xian. Apart from Chen Xiaowang’s martial art ability, he is also a carpenter by trade, a calligrapher, and an author of three tai chi chuan books.

Chen Xiaowang has created two condensed forms of the laojia and xinjia forms; a 38-posture form and a 19-posture form respectively. When interviewed by Inside Kung Fu Magazine in 1991, he said “I have tried to do away with all the repetitions and simplify the very difficult moves without destroying the characteristics of Chen Style Tai Chi Chuan, with special emphasis on attack/defense and the chansi technique.”

Chen style tai chi chuan remains widely practiced today throughout the world. It has become recognized as a major style of martial art in mainland China, and is rapidly growing in popularity in Western countries for both its martial applications, as well as its health enhancing benefits.

Chen style tai chi chuan schools with links back to the Chen Village and Beijing have grown quickly in Western countries in the last twenty years. They offer a distinctly different alternative to the more popular and well known Yang family style of tai chi chuan. Countries with strong links back to the famous Chen Village include; Britain, USA, Canada, New Zealand, Italy, Germany, Czech Republic, Singapore, Malaysia and Japan.